A fascinating presentation about local history related to Lake Superior will take place at 7 p.m. on June 20th at the Schreiber Municipal Complex (gymnasium), 204 Alberta Street, Schreiber, Ontario. Parks Canada is organizing the presentation, which is free of charge. Everyone is welcome.

Local historian Bill Skrepichuk, formerly in charge of engineering at the Red Rock mill, will unveil the history of Lake Superior’s north shore during his presentation. Bill utilizes the schooner “Sligo” to illustrate 1880’s North Shore life. The vessel’s comings and goings, its cargoes, crews, and adventures, provide a direct connection to the late eighteen hundreds, including the world around Schreiber. Bill is a captivating, colourful speaker with a thorough knowledge of North Shore history. 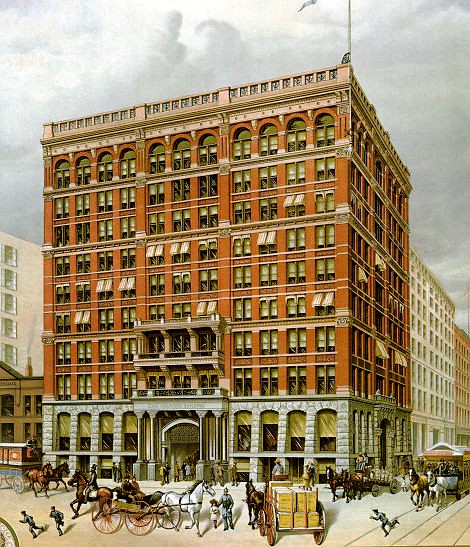 Built in 1884, the “Home Insurance Building” in Chicago is considered the World’s first skyscraper. It was built from stone quarried at Vert Island on Nipigon Bay, carried there by the schooner “Sligo” and others like her.

The Schooner  “Sligo”  serviced construction efforts of the Canadian Pacific Railroad (CPR) as early as 1876 and 1883-84, hauling machinery, engines, rails and iron, dynamite, timber, coal, and food supplies along the north shore of Lake Superior. The Sandstone she carried from Vert Island in Nepigon Bay [spelling for “Nipigon” at the time] to Chicago, in the 1883 and 1884 era, was used in many of the original “Windy City” skyscrapers such as the “Home Insurance Building.” This stone was also used in many Chicago brownstone homes built there during the late 1880’s; homes which still stand today.

Bill’s talk will bring north shore residents back through time, igniting passion and excitement for local nautical history and increasing respect for Superior and those who sailed it. Plan to attend.