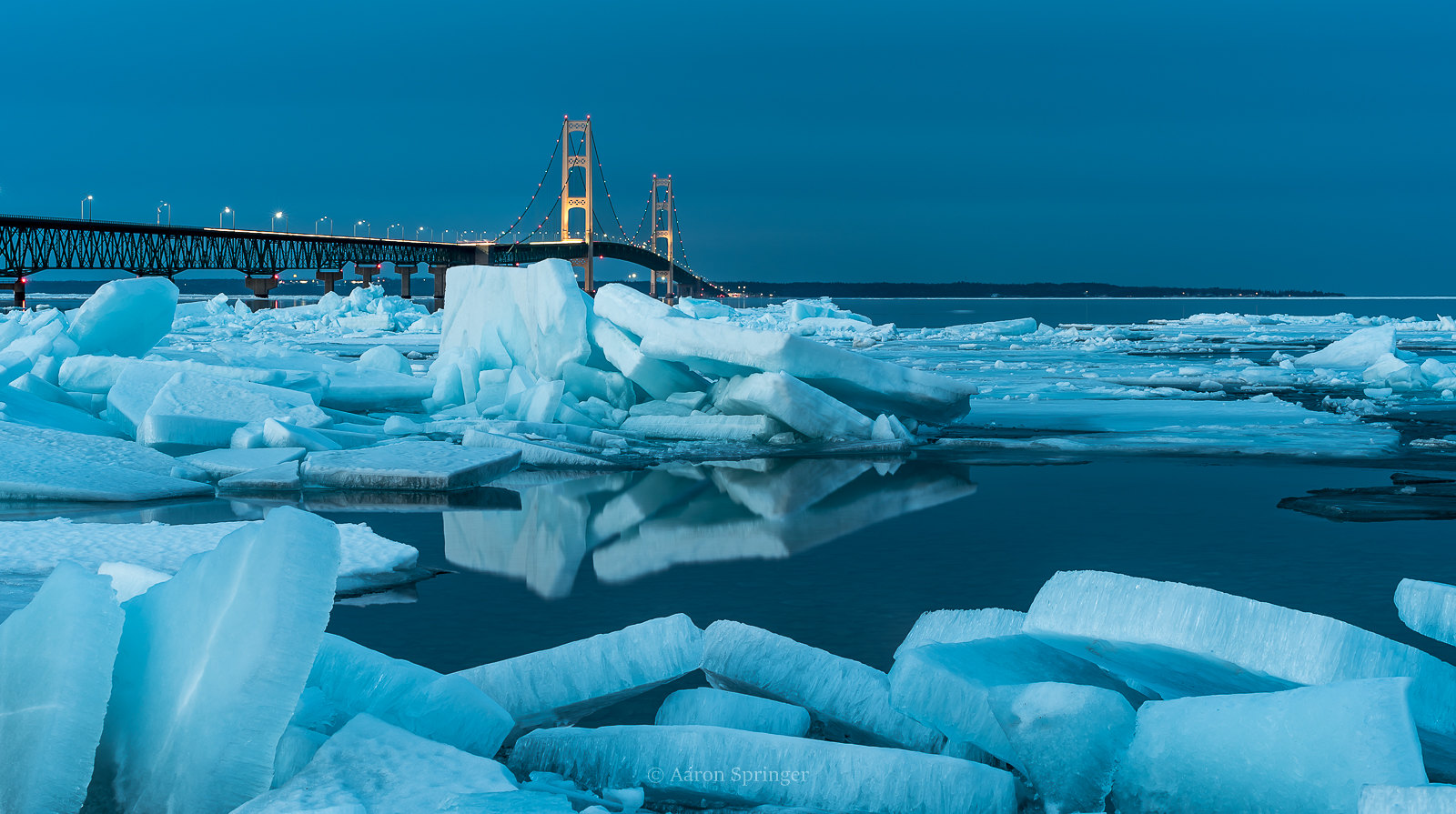 Ice at the Straits of Mackinac in a recent photo by Aaron Springer.

It’s not often that Infosuperior writes up Lake Michigan but this time an exception is being made. We’re in good company. The Lake is getting thousands of mentions on Twitter, also NBC News, Huffington Post, even People Magazine.

Why Is Lake Michigan Getting All the Attention?

It’s the ice. Blue ice that is. Up around the Mackinac Bridge, which straddles the gap between Lakes Michigan and Huron, ice has been piling up in massive quantities. The reason this ice is attracting so much attention is its colour – blue.

Why is Ice Blue?

Blue ice is certainly not unheard of on the Great Lakes but is more of an occasional occurrence.

Ice sometimes freezes evenly and slowly resulting in a composition of large crystals through which light can penetrate deeply with reduced obstruction from bubbles. As the light penetrates the ice, some of the red wavelengths, the longest wavelengths of visible light, get absorbed. In fact, the absorption of light at the red end of the spectrum is six times greater than at the blue end. The deeper the light penetrates through the ice, the more photons at the red end of the spectrum are lost. This loss of reflected red light, or wavelengths, produces blue to the human eye. Blue is the shortest wavelength of visible light, bouncing out of the ice and resulting in a deep aqua colour to the human eye.

Most Blue Ice is Polar